First Team 01.09.2017, 14:12
South Korea and Ja-Cheol Koo cannot relax with regards to World Cup qualification. The Koreans came away with a goalless draw against Iran, who are already safely through to the 2018 World Cup, and must now score points against Uzbekistan. South Korea 0 – 0 Iran Early qualification for the 2018 World Cup in Russia was the hot topic for coach Tae-Yong Shin’s team in the Seoul World Cup Stadium. The Koreans outnumbered the Iranians on the pitch after Saeid Ezatolahi was shown a red card in the 52nd minute. However, South Korea and FCA player Ja-Cheol Koo could not turn that into a lead on the scoreboard. Thus, they require a victory in their final qualification match against Uzbekistan on Tuesday (5th September) to be sure of a trip to Russia next year. Greece 0 – 0 Estonia The match between Greece and Estonia in Piraeus also ended goalless. Konstantinos Stafylidis came onto the pitch in the 66th minute but was unable to provide the Greeks a goal. He came up against his former FCA teammate Ragnar Klavan, who now plays for Liverpool in the Premier League. Switzerland 3 – 0 Andorra Switzerland have retained their place at the top of group B in the World Cup qualification stages. The Swiss team seemingly effortlessly beat Andorra 3-0. A brace from Haris Seferovic (43’, 62’) and a goal from Stephan Lichtsteiner won the group B encounter, while Marwin Hitz sat on the bench. Switzerland are still yet to drop a point and stay top of the group, closely followed by European champions Portugal. Switzerland will next face Latvia on Sunday (3rd September). 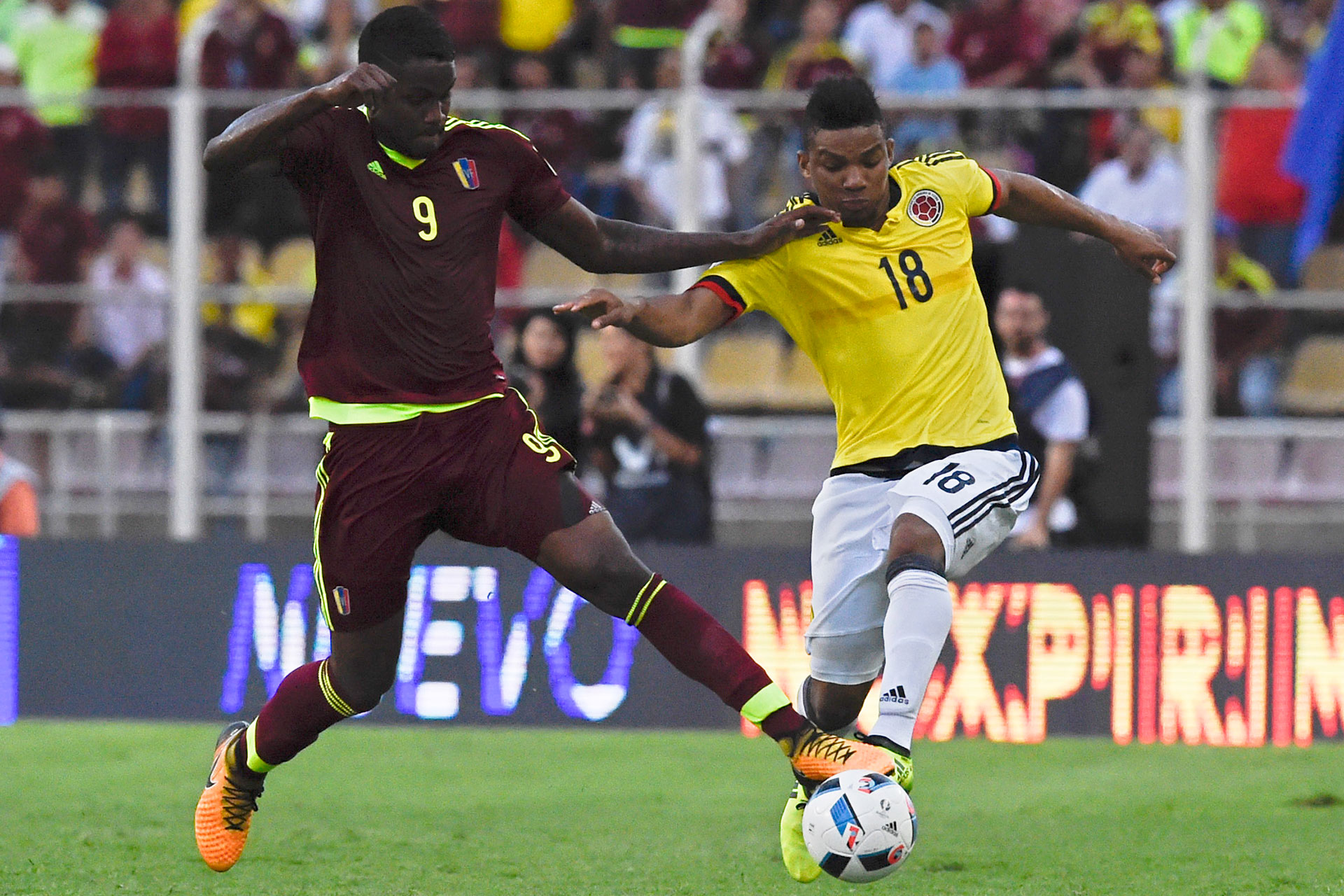 A successful international debut for Sergio Córdova: He and his team achieved a decent result against Colombia.[/caption] Venezuela could have come away with a decent result against Colombia in San Cristobal. Rafael Dudamel’s Venezuela, who are in last place in the South America World Cup qualification group, managed to deny second-placed Colombia victory with a 0-0 draw. New FCA signing Sergio Córdova made his debut for Venezuela’s first team and started, only coming off shortly before the final whistle. Venezuela will want to put a spoke in Lionel Messi’s wheel in their next qualification match against Argentina on Tuesday (5th September). The Argentinians currently sit in fifth place and could miss out on direct qualification.   Alfred Finnbogason and the Austrian trio Martin Hinteregger, Michael Gregoritsch and Kevin Danso will also play international fixtures in the next few days.