A number of FCA players were in action for their respective nations on the weekend. While Michael Gregoritch and Fredrik Jensen were on the scoresheet, Alfred Finnbogason had to be subbed off with an injury.

Michael Gregoritsch was the match-winner for Austria in their UEFA Nations League meeting with Northern Ireland on Sunday. The forward headed in the only goal of the game shortly before half time, before being withdrawn late on in his side’s 1-0 win. The three points see Austria go level on points with Norway at the top of the group, leading the Scandinavians courtesy of their superior head-to-head record.

It was also a successful night for Fredrik Jensen as his Finland side claimed a 2-0 win over Bulgaria. The attacker was brought on around the hour mark and made an almost immediate impact, scoring Finland’s second in the 67th minute. Robert Taylor had broken the deadlock quarter of an hour earlier, helping the Finns keep tabs on group leaders Wales.

Alfred Finnbogason, on the other hand, had an evening to forget, coming off injured just twelve minutes into his Iceland side’s game against Denmark. Not only that, but he could only watch on as goals from Christian Eriksen, Robert Skov and a Runar Sigurjonsson own goal helped the Danes to a 3-0 win. 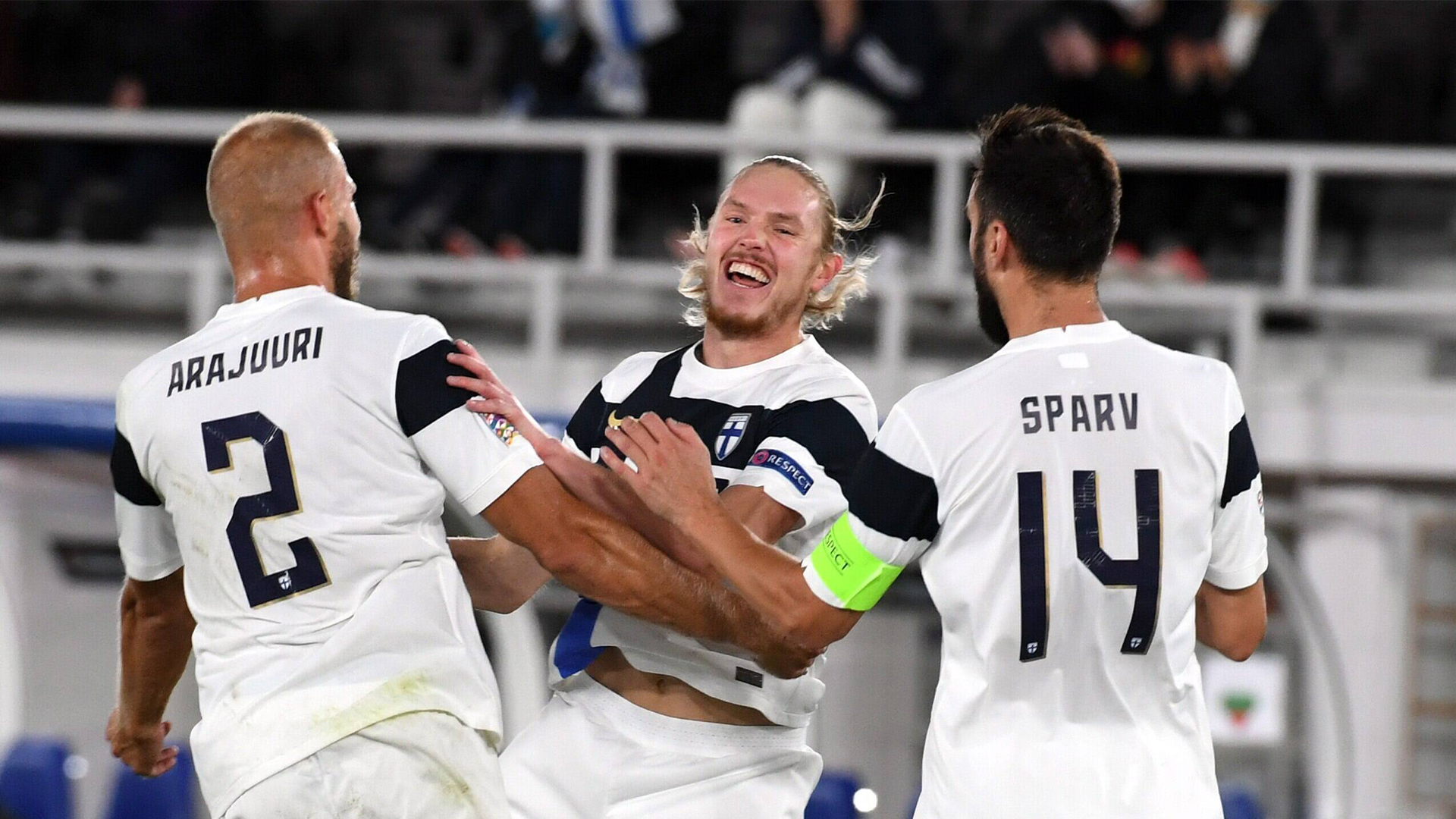 Elsewhere, Tomás Koubek was an unused substitute in the Czech Republic’s 2-1 win over Israel. The victory keeps the Czechs just one point behind Scotland at the top of Group B2.

Ruben Vargas was in action for Switzerland on Saturday, coming on after an hour in their 1-0 defeat to Spain. Mikel Oyarzabal’s goal leaves Switzerland bottom of a difficult group with Spain, Germany and Ukraine on a single point.

Back on Friday, Robert Gumny and the Poland U21s suffered a slight setback in their European Championship qualifying campaign. Gumny was captain in his side’s 1-0 defeat to Serbia, but Poland remain second in their qualifying group behind Russia.